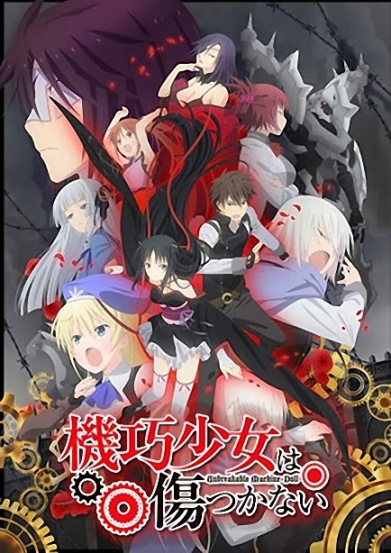 Neither all that good for the framework of its plot or all that bad for what presented, Unbreakable Machine Doll is a relatively middle of the road experience.

It is the early 20th century. Raishin Akabane is a student puppeteer from Japan who has come to the Walpurgis Royal Academy of Machine Arts in England to study the emerging field of Machinart: a combination of magic and technology with military applications. He is accompanied by a girl named Yaya, who is actually his Automaton: a living machine doll powered by magical circuits specialized in hand-to-hand combat. In the Academy, there is a combat tournament exclusive to the Top 100 students and their automata, to decide who shall be bestowed with the title of “Wiseman”, the greatest puppeteer.

Taking yet another stroll back into seasons past, I clearly do recall watching Unbreakable Machine Doll – a series with a certain jealous automata named “Yaya” that captured my heart. Originally, I made plans to save it for later, since I didn’t find the 1st 5 episodes appealing enough, but after sticking with it past that point (and despairing upon the many viewing prospective for Winter competing for my time), my outlook slowly improved. I still didn’t manage to enjoy it as much as I thought I would, but it was far from terrible compared to the other 6 or other series I detested watching.

At its core, Unbreakable Machine Doll is broken down into 3 well-defined story arcs that is encapsulated over the course of 12 episodes: Facing “Cannibal Candy” (Ep 1-4), Facing “Sword Angel” (Ep 5-8), and Facing “Elf Speeder (Ep 9-12)”  With each episodes arc, Raishin and Yaya face off against a different Puppet and Master combo as well as dive into their personal reasons for entering the tournament. While there is nothing wrong with why this wouldn’t go over well with me, Machine Doll has a couple of obstacle that keep it working from working well – pacing being one of the biggest. For example, the “Cannibal Candy” arc felt way too drawn out than it needed to be, while “Sword Angel” was fine in length, but felt compacted and like it grazed over a few details. With that being said, it felt like most of the story arcs left out or didn’t elaborate on a lot of information; whether it be minor or major. For example, during Cannibal Canday, Yaya falls into temporary crestfallen state (from jealously), but Raishin manages to pull her out of it, yet mentions the line “I can’t believe I let this happen again.” There also scene within the “Elf Speeder” arc that reference the titular “Machine Doll”, but never quite explains what exactly that is or how it differs from a normal doll or Banned doll. Most of these details are probably not of immediate concern and will come into play later, but hard to understand why much of it was brought up unexplained or at very least – brought up and having little relevance. 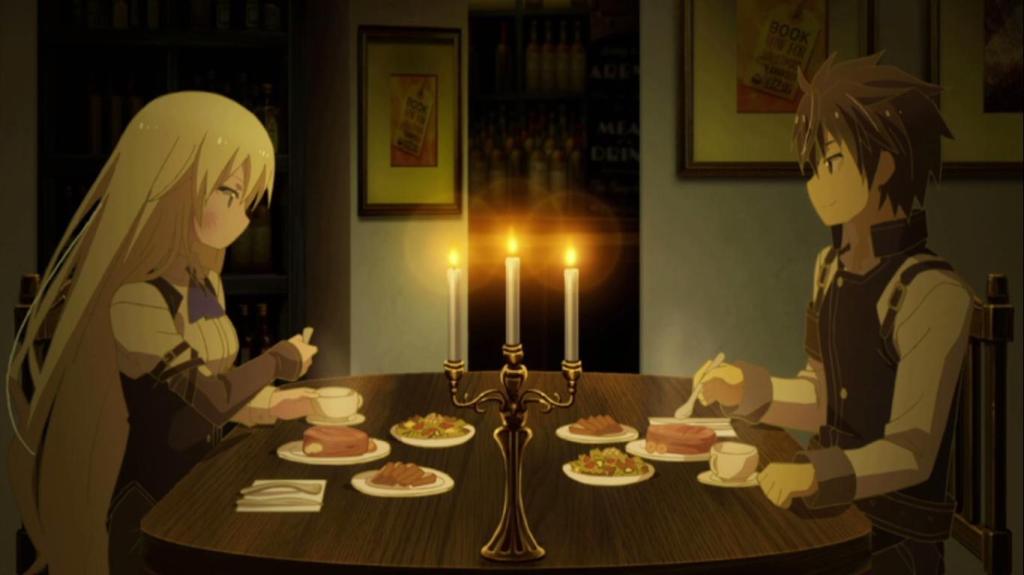 Regardless of what Machine Doll lacks in structured storytelling, it does offers a motley and amusing cast of characters in return. It should go without saying that series does host some quirky personalities such as the loveable Yaya with her incorrigible advances toward Raishin or Loki and his proclamation of the “3 things a person should know of him”, but also supplies each character an interesting backstory. In Raishin’s case, it was great to peer into his past throughout the story and his main reason for wanting to become “Wiseman” that boils down to the loss of his clan and family from a possible participant – his own brother. Other than that, I would say that characters are main sticking point for the series, but just like the story, most the details are hardly relevant and seemed to be something that will most likely be expanded later.

Lerche has done fair animation work in the past with its previous limited listing, but by far, this series has to be poorest in terms of quality. While the season saw many a title that made use of CGI (I.E: Arpeggio of Blue Steel, Walkure Romanze, Infinite Stratos 2, etc), Machine Doll’s is just doesn’t fit the artwork. Fight scenes look awkward and erratic and on more personal note, lazy. However, by the same token, the artwork itself looks rather weird for most of the characters designs, but nothing compared to how atrocious the animation is. This might something that the production will rectify during DVD/BD mastering and for the sake of those purchasing said medium, I really do hope so.  On the flip side, the series does at least have a very nice and pronounced soundtrack compliments of Masaru Yokoyama. Slightly reminiscent to Freezing and Queens Blade, I would say that many of Yokoyama pieces fit in very well with the series, especially the main battle motif, Bravery Steps that starts off with a very light piano, koto, and woodwind trio; compounded with drums midway, and then evolves into a full-blown orchestrated theme. Very elegant and majestic and by far some of Yokoyama’s best work. Of course, my personal favorite would have to be the traditional and whimsical ending theme, Maware! Setsugetsuka.

All-in-all, Unbreakable Machine was another okay series that avoided the bin of mediocrity and helped stave off boredom for the season. Despite being muddle with various issues surrounding pacing and it seemingly evading some details, it counterbalanced with an interesting cast of characters and a forecast of events to come. Not sure if that 2nd season will even crop up, but if it does, I wouldn’t mind giving it another chance. There certainly better series to occupy your time with from the Fall season, but Unbreakable Machine Doll is fair enough if you care for action and little humor for good measure.