Being long overdue for an update, I finally had some time to roundup the next set of titles for my anime collection. Without any further delay, here are the latest additions for September and October 2017.

Not going into any particular order, I do want to point out a certain series since its 5th year anniversary is this month. And title is Girls und Panzer. For those that don’t remember, the title original air date was October 9, 2012 and did not conclude until March 25, 2013 (due to production issues). Nonetheless it is a great series and glad to have it. I also got the movie to go along with it (which I have not seen) so hope to watch and review both during the Thanksgiving holiday (will attempt to anyway). Purchasing from Amazon, I got the TV series for $22.50 and the movie cost $15.00, fair price for both.

ADV Films former catalog is not too difficult to find, but since most titles are stuck in licensing limbo (or no longer licensed), are a few peculiar delights I missed out on…like Neo Ranga for example. Despite the ambiguous box art showing off body painted girls, the series is of the mecha sub-genre that does come from a talented set of people. However, I will save that discussion for a later time. Ebay seller had this on offer for $26.00, but managed to get it down $5.00 lower.

And here is the rest of the haul. Less interesting to mention, but still nice additions…

Of course, as of writing this, I also received the 2nd half of my collection. From this batch, Chihayafuru is the most interesting, only for the fact that this is the debut of the English dub. Be nice to go back and rewatch to see how the English script renders some aspects of the series. 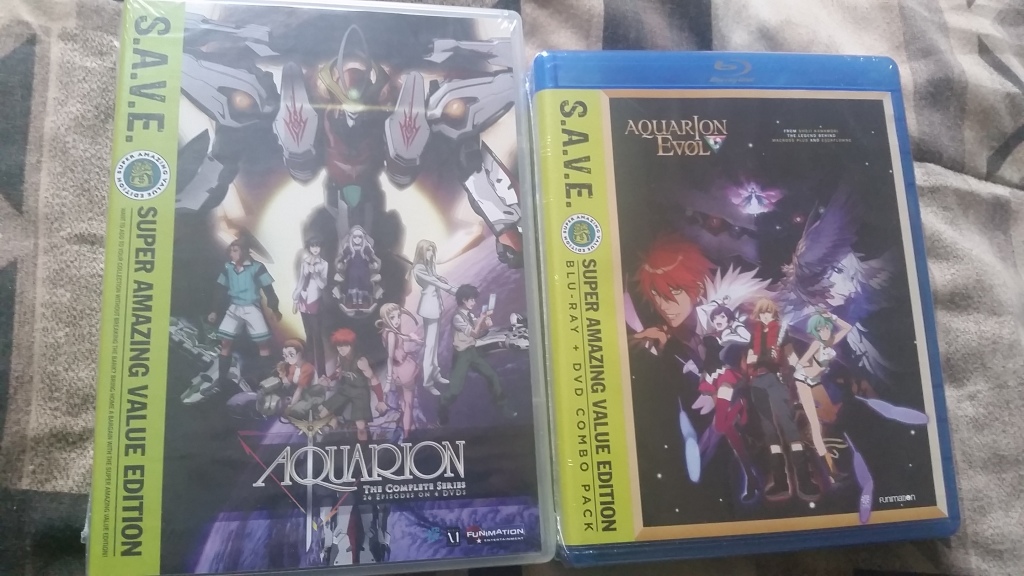 Then again, Black Blood Brothers and the Aquarion set is nagging my attention, so will most likely dive into those this month. This month’s grand total came out to be $165.78….around what I was expecting to spend and with all the possible deals I could find. That being said, this concludes the showcase for September and October. Hope to see you in December for the final update of this year.