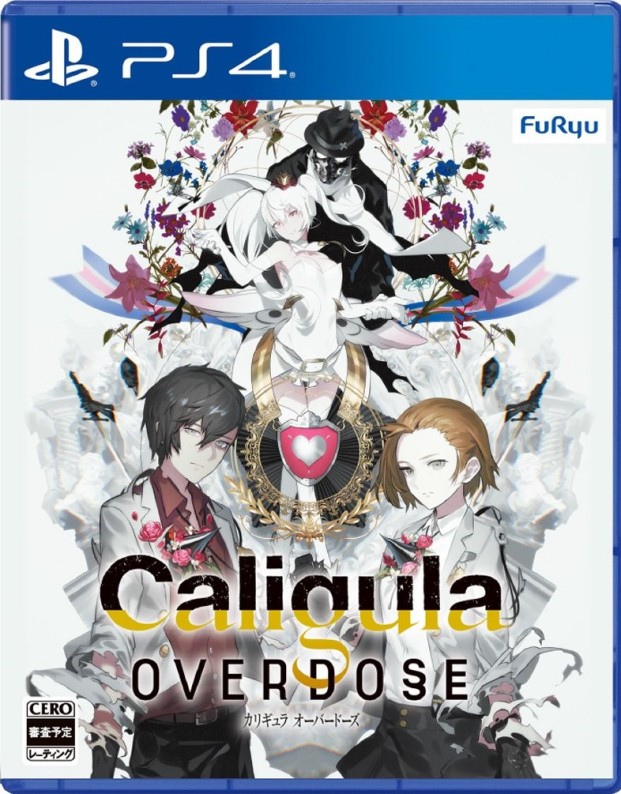 Even with the lack of support, high cost accessories, and performance issues, the PlayStation Vita managed to have something of an impressive lifespan and equally impressive library of titles. Still being no match for the Nintendo DS family or even its own predecessor, PlayStation Portable (PSP), having multi-platform entries and even its own exclusives, some going on later to become ports is something of a highlight. Developed by Aquria, The Caligula Effect, an RPG spawned from the mind of Tadashi Satomi (writer for the first 3 games in the Persona franchise), is a perfect example as it highlights a group of disenfranchised characters trapped in the idyllic world of Mobius, with the main character and the “Go-Home Club” seeking a way back to reality while clashing with their own inner demons and opposition from the creator “μ” and Ostinato Musician group that wants to protect the existence of Mobius. However, thanks to some performance issues and game itself seeming rather short-sighted in scope, it didn’t get the best results when came to exposure nor reception from those that stumbled upon it. Getting a major overhaul and released in May 18, 2018 for Japan, The Caligula Effect: Overdose was aimed to rectify most of the glaring problems. However, with the Nintendo Switch added to the list of platforms alongside the PlayStation 4 for the English release, does it manage to do enough and then some to gain it a place of worth?

As aforementioned, the general story remains the same with the main character finding the same last 3 years of high school on repeat, until he (or she since a female option is one of the new additions) awakens to the fact that they are trapped in Mobius, a virtual paradise cutoff from the real world. Having some reservations about the turn of events, the main character is invited into the “Go-Home” club, a group dedicated to breaking free from the control of “μ” and returning back to reality. Being reminiscent in the narrative style and carrying some of the same motifs as the Persona series, Tadashi Satomi makes no bones about the creative influence, yet does manage to take own a life of its own. As the story continues to move along and more members of the “Go-Home” club are added to the party, things do pickup in terms of momentum and helps provide some sense of direction from the otherwise languid progression. For those that are familiar with the original story, Overdose also adds in the Ostinato Musician segments that happen in-between chapters, giving the player a chance to see the story from another angle and ultimately decide what path to follow down. Sadly, while the Ostinato Musician segments are nice for detailing the main “antagonists” far beyond the treatment they received in the normal game and a chance to play with them before the deciding point, it does sort of drag down the already slow pacing of the story, yet a nice diversion in most cases. In-between and after chapters, players also have a chance to interact with members of the Ostinato Musician and Go-Home club similar to the “Social Link” system of the Persona games and learn more of their own special circumstances. While it does help flesh out some characters (favorites of mine being Izuru and Naruko from the Go-Home club and Wicked and Shonen-Doll on the Ostinato Musician) better than others, it is sort of unremarkable and uninteresting and really depends on how much the player really cares for the characters themselves.

Having the game redesigned using the Unreal Engine 4, not only does it help a great deal with the visuals, but also performance, especially in terms of the battle system, one of the more impressive aspect of the series. It is called the Imaginary Chain. Taking place in a real-time/turn-based fashion, when the characters turn comes around, players can queue up to 3 commands, from attacking, healing, buffs, etc. However, before confirming the moves, you actually get a preview of how they will play out and what the enemy will do a few minutes in. Not only that, you can also adjust the timing for the commands to occur. So, say for example the enemy will attack and cancel your command, you can choose to move at the last moment and attack again or even disrupt the upcoming attack with another character who is closer or skill wait time is lower. The system does have a slight learning curve applied to it, but once you figure out the minor nuances like knowing when to restore SP or how to best avoid attacks, the system is very dynamic and exciting – cinematic even when you begin to string together attacks and make custom combos. Really makes you feel like a music composer or movie director if I had to describe it. Thinking that most normal encounters would last 5-7 minuets, once you are proficient, most fights only take a few seconds on normal mode, with a few taxing battles lasting up to 4 minuets and boss battles, depending on how well you are outfitted and upgraded character abilities, around 4-5 minuets. Of course, playing beyond the normal difficulty level, it does require a little more strategic muscle for boss battles and normal encounters, about 3-4 minuets max.

Again, while I can’t exactly give a pass to the story for being inventive or riveting, it does hit a few satisfying marks. With the main themes covering finding your place in the world and forging a reality with your own hands, even with the subject matter done to death in the games and media of this type, it is still very uplifting in a few regards. The new “Forbidden Musician Route” has its enthralling parts, even getting bleak toward the end, but overall, can’t say I found anything too remarkable aside from the ending. Given the fact that Satomi brings in his trademark monochrome morality and lurid atmosphere tinged with a small bit of sanguine disposition into any work he touches, the overall narrative works for what it is, just is slightly disappointing that it does not go the extra mile. That being said, already having spent time with the English import version, the dialogue and syntax is very similar to the localized version, yet did notice a few small variations, but nothing that is significant that it would change the meaning of the script and more for formatting purposes.

As aforementioned, thanks to the Unreal Engine 4 providing a lot of enchantments, the visuals are a lot more vivid and colorful compared to dull palate the PlayStation Vita had. One thing that I did notice was the loading times: for starting the game the first time and loading a save totaled around 4-5 minuets. It does not have the same way of masking the loading times (like wait screen when starting Cyberdimension Neptunia: 4 Goddesses Online), but once everything is loaded and in place, the game runs very smoothly. Not having much hands-on time with the Nintendo Switch version, this is wholly referencing the PlayStation 4 version of the game. The soundtrack is actually very good to: providing a lot of tracks that range from cheery J-pop to blunt heavy metal. Not only does the music sound great, but when it comes to introducing the many levels and the Ostinato Musician themselves, the motifs and themes match perfectly and enjoy hearing the alternate version of the tracks when you boss fights occur. By far, my favorite track would have to be for Lucid, the main character’s alternate identity when it comes to working with the Ostinato Musicians.

Still having some fond feelings for the original version, The Caligula Effect: Overdose is the type of enhanced and improved version that I hoped it would be. Taking issue with the doubled length of the story, yet finding some delight in the overall planning and modifications made, if you haven’t touched it yet, The Caligula Effect: Overdose is still worth every bit of your time. And for those that enjoyed it the first time around, exploring the Ostinato Musician route (especially if you found them lacking in the base game) and female options offers a small incentive to come back.

Final Verdict: For those that have or those that haven’t played it yet, The Caligula Effect: Overdose  offers audience of both stripes a chance to experience the game  anew. With the new additions and enchaments, it can be considered the defintived edition for anyone worth going along for the ride.

Disclaimer: In no way, shape, or form was I compensated for the composition or publication of this review. This is by my own volition. A review copy of the game was kindly provided by NIS America.