As someone that enjoys games that don’t always fall into a neat genre category, it is something of a wonder to see what most creators come up with. Up for almost anything that doesn’t completely force to put my ineptitude on display, developer Endless Shirafu takes no such mercy with their title: Akashicforce (∀kashicforce). Being one part puzzle and one part rhythm game, it turns out to be a fun test of reflexes and mental poise rather than outright skill and wit. Lacking heavily in the latter rather than former, maybe my ineptitude will not be such a factor. Just maybe….

Where Akashicforce is penned to be a puzzle/rhythm game hybrid, that is something of a minor misnomer. Sure, the victory conditions of clearing as many falling blocks as possible before they fill your area is the same as a typical game, it has more in common with a fighting game being able to input commands quickly and real-time strategy (RTS) elements of adjusting to the conditions that be. Of course, to deal with the deluge of blocks, the player does have a few tools and tricks at their behest such as: combo clears, special methods relying on your input of commands, and shielding to block the opponent from shooting your side and messing with your combo or sending more blocks your way. Then again, with the player given the option to the latter, that is yet another and sometimes best strategic option. Seeming frantic and incomprehensible at first, the more time and effort expended into learning the system and navigating the commands, the title becomes more manageable and somewhat delightful trying to piece it together. For myself, it admittedly took around 2 hours of watching videos of my own play. That being said, save yourself the agony and check out the manual like I should have.

As for the modes of play, Mission mode is as close as players will get to a proper tutorial, throwing a set of 40 challenges ranking from the basics to advance techniques. Following that, the “channeling” option is the story mode: a weird narrative that gives some context to the game you are playing and introduction to the characters. Of course, if the story mode is giving you too much trouble or need a break to try out new ideas, VS CPU provides an option to battle and play as one of the 6 characters and adjust to their idiosyncrasies against a computer opponent.

Visually speaking, Akashicforce is a fine looking title. With anime inspired characters (the orchids) against the bright and firm backgrounds, the atmosphere picks up a real cyberpunk/cybernetic vibe to it all. The musical tracks aren’t bad either: a mix of hyper techno and electronic with a touch of elegant trance nestled in. If anything, the music definitely matches the style of the game as much as the artwork, especially when it comes the battle stages and keeping up the manic and frenzy action that unfolds on the screen. As performance goes, the game does run rather smoothly, yet have noticed an issue after a period of time where it begins to slowdown for a few seconds during before picking up. It isn’t a major problem and infrequent in nature, but is on the radar for an update to occur. 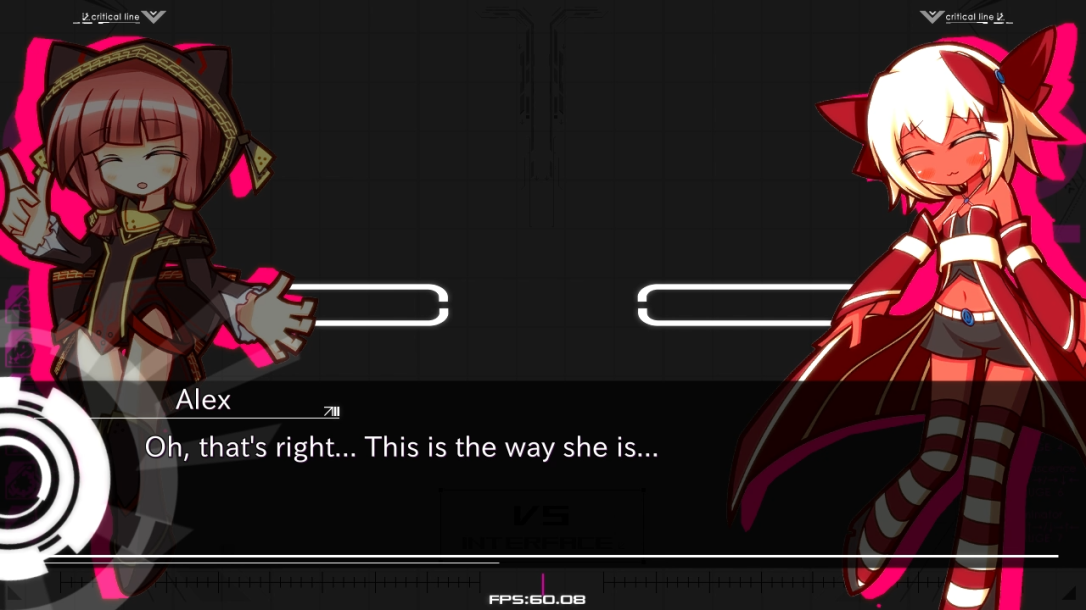 In short, if frenetic action and even quicker sense of thought is what you are looking for, Akashicforce is highly overjoyed to deliver. Where it can’t be a surefire recommendation for everyone, players that enjoy the manic atmosphere of an RTS combined with the technical trappings of most fighting and rhythm games will feel right at home here.

Pros: Interesting mix of puzzle/rhythm/fighting mechanics, colorful artwork, mission mode provides an interactive/practical means to learn the mechanics without hand holding, Vs mode is nice practice for the story mode.

Disclaimer: In no way, shape, or form was I compensated for the composition or publication of this review. This is by my own volition. A review copy of the game was kindly provided by Fruitbat Factory.