Prepare for wondrous sights, relentless beast, and brave dangerous hazard all for the chance at untold riches. Get ready to enter the Labyrinth!

With the rise of independent game development steadily growing and making large scale entities both foreign and domestic take notice, it appears that the secret success the grassroot movement has tapped into isn’t much of a secret. Out of the many reasons why I believe that indie games have succeeded is due to prizing player’s experience: giving the audience bite-sized adventures that payoff and reward them in the biggest and best ways possible akin to the arcade titles of old. Nippon Ichi Software is one game developer that has been taking notes with their own small scale projects. By far and to date, Lapis x Labyrinth seems to be one that best fulfills the vision of what they hope the perspective audience will be looking forward to. In someways, they have the right idea. 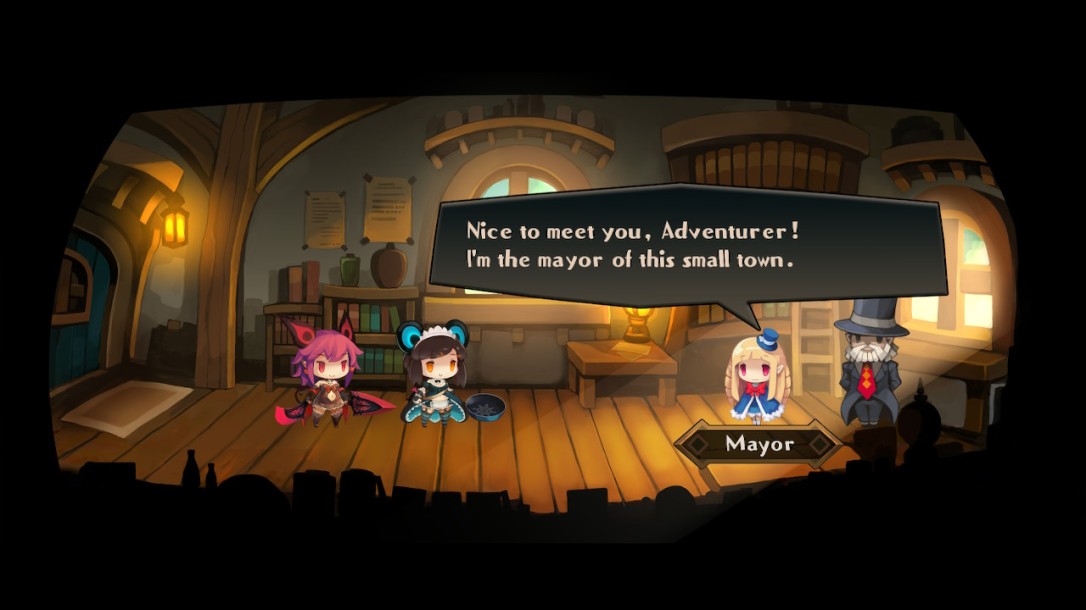 Forming a team of adventurers, Lapis x Labyrinth is title all about collecting loot and treasure, something the labyrinth underneath the Golden Forest has aplenty. Of course, with deadly monsters and dastardly traps knowing no bounds, the allure of riches is too great to ignore and what sets the stage for many dungeon delving missions that await. Before setting off for total mayhem, the town offers a few services, yet the chief among them would be party creation and the system involved. Like a standard RPG, you can make a team of 4 characters across 8 different classes such as a bulky defender or agile hunter – each having the same mechanics applied, but use different equipment and take on different roles. However, instead of these characters trekking alongside you, they are literally stacked on one another: the team leader and available characters being able to switch on the fly. Seemingly trivial at first, as player’s progress, team composition and the order you choose to setup the party and tackle levels will be apart of the chaotic, yet entertaining loop involved. 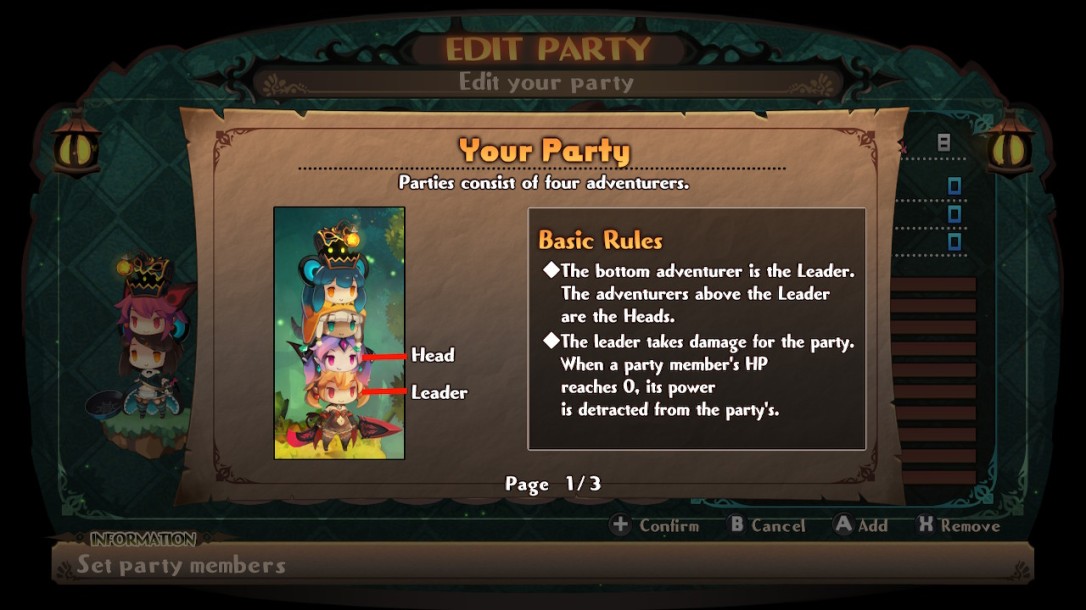 After preparations are complete and mission is set, you are given a certain time limit to explore a given level collecting treasure while forging a path to the next floor. Part action RPG, Lapis x Labyrinth is simple in controls, but gives a great degree of flexibility to performing everything from jumps to chaining attacks. As aforementioned, while characters are the same mechanic wise, some do fair well in certain situations than others forcing a discerning eye to be used during play and knowing when to switch out or into specific characters. If a character takes too much damage, they are thrown off the stack, but can be recovered. Multiple instances of this occurring can remove them from battle until the next mission. However, if you find the ideal rhythm, killing enough foes will activate “Fever Mode”, a short of time that will encourage players to quickly destroy foes and environmental obstructions to increase their treasure and loot count, the former contributing to the score you get at the end of each mission. The feeling can best be described as stepping into a rave party or casino with all the glitzy effects enticing you onward. With some missions boasting multiple floors, being able to make it through quickly and collecting all you can is great, but upgrading your equipment, beating personal scores, and honing your play skills as the difficulty surges with each new area and mission is the whole part of the aforementioned chaotic, but engaging loop that Lapis x Labyrinth cultivates so well. Granted that Lapis x Labyrinth is simple in both mechanics and overall presentation, the minor downside is that the experience can feel a little samey: each mission a carbon copy of the last with no variation and the areas appearing the same aside from enemies, hazards, and visuals. Of course, with everything else standing, the downsides are easily outweighed. Having spent time with the Nintendo Switch version, it is yet another title that fits in well with either having it thrown to a larger screen to enjoy with others or handheld style for a more solo and intense session. Performing and looking roughly the same either way, you can’t go wrong and able to provide you with more beyond the 20+ hours I have thrown into it. Of course, with my time devoted to “SSS” ranking every mission and filling out the bestiary and equipment book, it could be done awhole lot quicker.

Enjoying testing the limits of what the game and myself is capable of, Lapis x Labyrinth does channel the minimalist sense of indie developers along with the joy only arcade titles could conjure. Having it easily appeal to any demographic while still laying on the difficulty is another positive. Hoping this doesn’t spell the end of Nippon Ichi Software making more titles like this after a few other missteps, I can certainly say they found a moderate success here.

Final Verdict: Offering plenty of loot to collect, monsters to dominate, and levels to conquer, Lapis x Labyrinth is a project that brings to together all the mania of an arcade title and intensity of an RPG for a pleasurable romp. Whether it is to complete the game for the best scores and completionist mindset or just to have it finished to see the conclusion, there is much enjoyment to be had for however you choose to tackle this very engaging title.