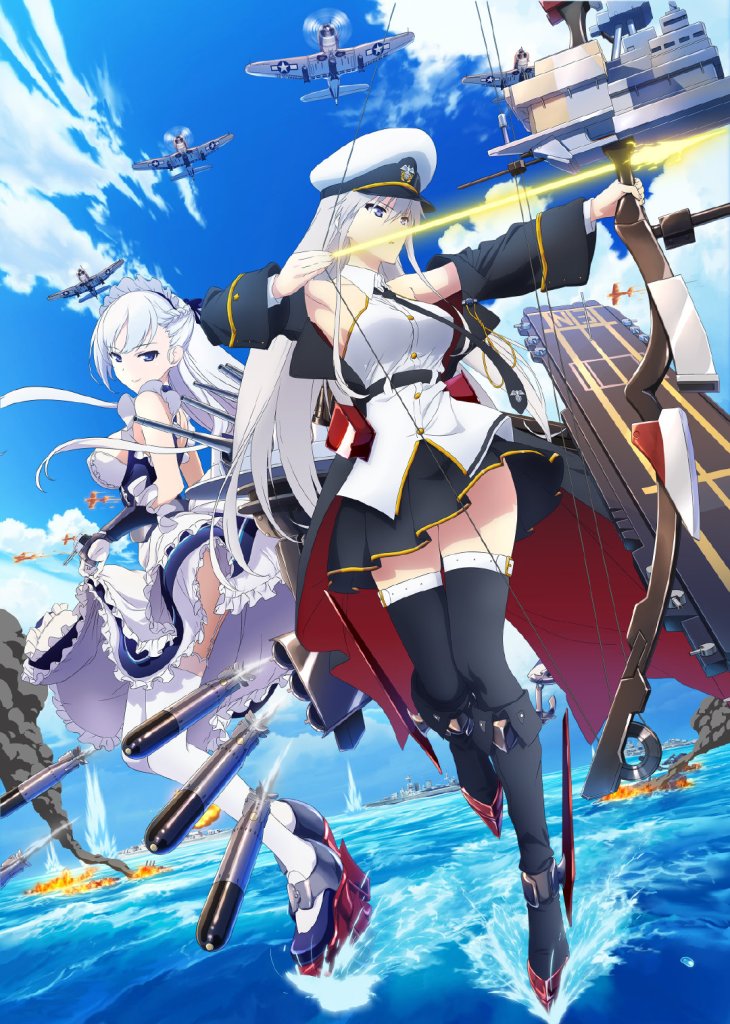 At long last we are entering the last assortment of anime titles for the year: the Fall 2019 season. I can’t really express in words how quickly the year has gone by. I was planning on making the next segment over the ending themes of the current season, but time somehow slipped past me. In order to try to make it up, the list this time around will cover 7 titles from the Fall 2019 anime season I’m looking forward to. Wow, what a big difference! Not much of a change I know, but nonetheless, join me for the 7th edition of Anime Alcove List Tuesday.

Committing it to memory, the Fall 2019 season looks to be the most….dullest and uninteresting one yet. Nothing but continuations and sequels as far as the eye I can see! This might be great for many viewers, yet given the fact that only two series exist that I have a strong enough craving to see that falls into the category…I just wish we didn’t have to get them all at once. That aside, we are getting plenty of other productions that might be nice and here are a few that caught my eye. No rules for this one aside from the obvious and never-changing “no sequels, etc”. Like always, feel free to name your picks in the comment section.

Sources for the series and descriptions are taken from Anilist and Anichart.

Description: Anime based on the mobile game Azur Lane.

Thoughts: Much like Kantai Collection before it, I suppose Azur Lane wants to capitalize on the popularity it has left going for it. Having tired the moblie game on two separate occasions, this is one franchise I couldn’t get into. Between the basic mechanics and the game just not seeming enjoyable to play at all, I had to duck out before I was in too deep. I am glad that there is an English release for Azur Lane Crosswave for PlayStation 4 coming soon and has had some positive reception since then. Hopefully, with that and the anime, it might be the second chance I need and willing to give the franchise. Azur Lane is set to premier October 3rd.

Description: In a world populated by anthropomorphic animals, herbivores and carnivores coexist with each other. For the adolescents of Cherryton Academy, school life is filled with hope, romance, distrust, and uneasiness.

The main character is Legoshi the wolf, a member of the drama club. Despite his menacing appearance, he has a very gentle heart. Throughout most of his life, he has always been an object of fear and hatred by other animals, and he’s been quite accustomed to that lifestyle. But soon, he finds himself becoming more involved with his fellow classmates who have their own share of insecurities and finds his life in school changing slowly.

Thoughts: Ever since Viz Media announced an official release of the manga, this is one series I couldn’t stop hearing good things about. Of course, having never touched the manga or doing more research, all of it is hearsay to me. Regardless, I can’t see any issues so far with the information at hand and can’t wait to see what all the noise is about. Als has a real nice review for the first volume if your interested. BEASTARS is due to begin on October 10th.

3. Watashi, Nouryoku wa Heikinchi de tte Itta yo ne! (Didn’t I Say to Make My Abilities Average in the Next Life?!)

Description: When she turns ten years old, Adele von Ascham is hit with a horrible headache–and memories of her previous life as an eighteen-year-old Japanese girl named Kurihara Misato. That life changed abruptly, however, when Misato died trying to aid a little girl and met god. During that meeting, she made an odd request and asked for average abilities in her next life. But few things–especially wishes–ever go quite as planned.

Thoughts: Ah, more “isekai” garbage to put with this year! Just kidding! I actually have read the first two volumes for this series and loving it so far. So much so, I want to pickup my Kindle now and go through the rest of the volumes I have queued up. One thing that does bug me is the animation studio behind it that hasn’t had a great time since there last big production which was Pastel Memories for Winter 2019. Add in the fact they have another series they are working on this season and I can only imagine that one of these will suffer. Then again, the PV looks okay, but that isn’t saying much. You can join Adele von Ascham on her adventures starting October 7th.

Description: High-schooler Akutsu Takuma has learned to accept his lonely lot in life and is content surrounded by his studies, but when the god Odin taps him to save the world alongside nine Valkyries fueled by intimacy, Takuma can say good-bye to his solitary existence!

Thoughts: Another manga series I have, but yet to read. I initially picked this one up for the Date-A-Live vibes I was getting from the manga synopsis, but I should pleasantly surprised to see how this one turns out. Again, much like the last entry, the main animation studio is not idea, but as long as I don’t have to sit through another embarrassment like Cop Craft…I will be fine. This starts October 5th. 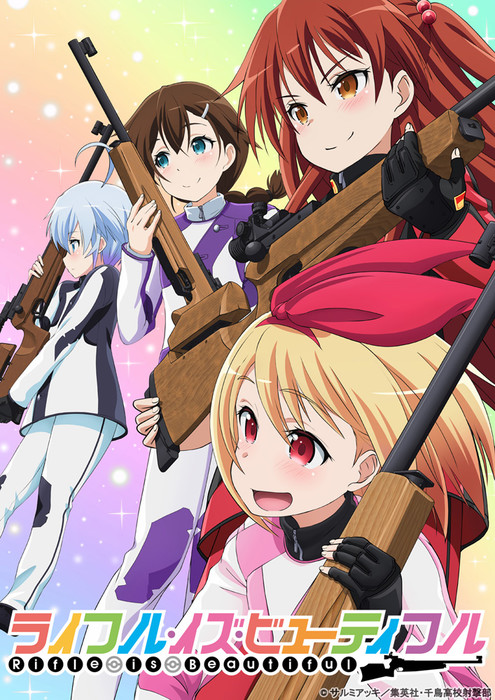 Description: Kokura Hikari is a first-year high school girl who loves rifle shooting. She entered Chidori High School because it had a shooting club, but finds that the club had been disbanded. She had only one day to find enough members to reform the club, but luckily was able to find three other first-year girls who she had met at a competition in middle school.

Thoughts: That title is…interesting? I mean the overall synopsis sounds standard, but seems like the name needed a bit more work, wouldn’t you agree? Anyway, I don’t really have much to say other than expecting maybe a slightly above slice-of-life series out of this, but keeping those expectations suppressed. Sadly, it might be too early for this one since I couldn’t find a PV for it yet. You can see the Chidori Shooting Club in action on October 13th.

Description (via Gamatsu): A world where a water race sport called “Jet Race” is all the rage, where teams consisting of a “Jetter” that drives the vehicle and a “Shooter” that shoots rival racers with a water gun compete against each other.

Rin Namiki, whose mother is a legendary Jetter, dreams of one day becoming a Jet Racer herself, and leaves her hometown island for Asakusa in Tokyo.

After meeting the cool beauty Misa Aoi, the two partner up. As each race unfolds, their partnership will gradually deepen.

Thoughts: Another mixed media project consisting of anime and video game brought to you by Marvelous, Kadokawa, Egg Firm, and Kenichiro Takaki. Yup, the same Takaki behind the Senran Kagura series and left Marvelous. Seeing how this is the next step for the “oppai producer” since Senran Kagura seems to have run it’s course, it is a very odd step, but one that is not too far removed from what to expect. Of course, the team behind this seems to be an okay match: TNK (the original Highschool DXD team ) acting as the main animation studio and Hanaharu Naruko (Gargantia on the Verdurous Planet designer) providing the character designs. So I guess one particular portion this won’t be lacking. You can prepare yourself for Jet Racing action on October 8th.

Description: The goddess Rista summons a hero to help her hard mode video game-like world. The hero, Seiya, is exceptional in every way, but he is incredibly cautious to the point of buying three sets of armor (one to wear, a spare, and a spare for the spare) and going full power against weak slimes (just in case).

Thoughts: I just love it when these light novels (or anime and manga in general) just come up with some onenote idea and repeats it to ad-nauseam. It is just so predictable and annoying it becomes…really endearing? Probably not the right word for it, but I find myself more tickled by the concept than gnashing my teeth like some viewers would. Hard to say if this will be one of those titles, yet I have my fingers crossed. The overly cautious hero goes off to battle October 2nd.