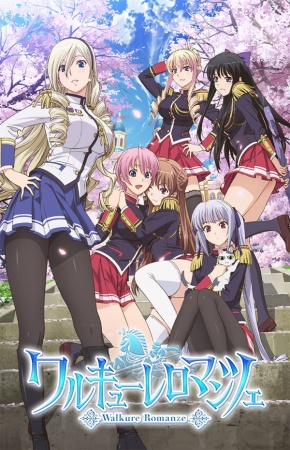 Walkure Romanze would be rather decent romantic romp, if supplied with any romance to begin with. Instead, it is just some show about a would-be knight, a few girls jousting, and horses – gotta have some horses.

The story centers around Takahiro Mizuno, a student training to be a begleiter (knight’s assistant) at an academy where aspiring knights joust. He himself had come to this
academy to train as a knight, after becoming the unrivaled junior champion in his own home country. However, an injury in a tournament’s finals forced him to withdraw. Instead, he decides to be a begleiter to one of the academy’s maiden knights and help her win.

Reminiscing back to the Fall 2013 lineup, it was a nominally satisfactory one. Despite being impressed with a few titles I can count on one hand, the other selections were either horrid or good enough to kill time. With regards to my own personal discernment and taste, Walkure Romanze clearly belongs in the latter category due to its peculiar atmosphere and quirky cast of characters, but in sharp contrast, relatively awkward in how such elements meld together. It’s not the type of show that I would normally be keen on watching and surely wasn’t the best, especially in the face of its many complications – but it was a nice diversion for otherwise sparse season of choices. Surely, I could have ceased my boredom in better ways, but its something. 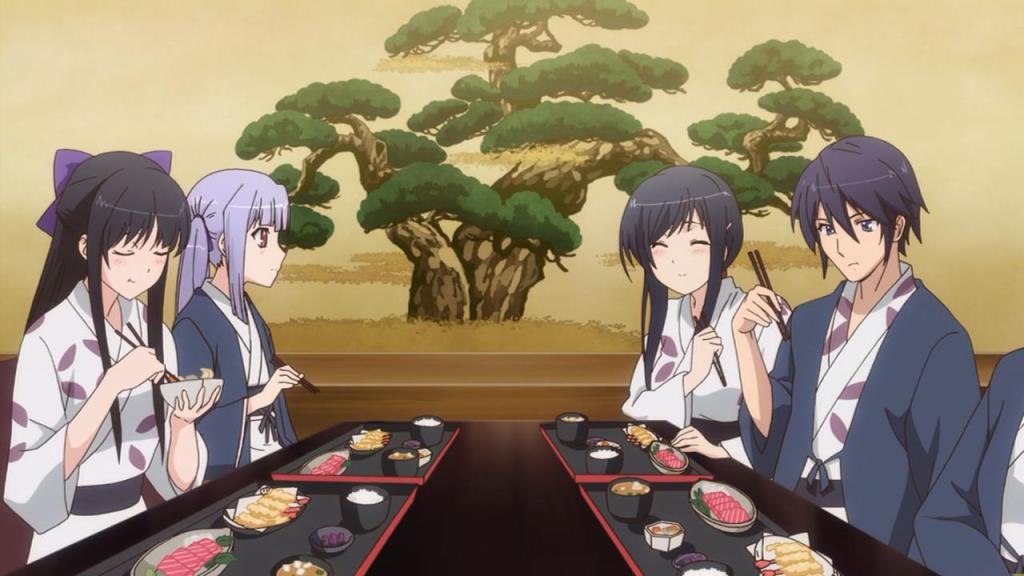 One misfortune that plagues the show beginning to end is its own aim and framing. While Walkure sincerely has romance has it focus; not only centering around Takahiro and the girls he comes to know – but also their own respective love for the sport of jousting – it doesn’t exactly deploy the theme smoothly. Sadly, for the most part, the series is too busy shucking it layers between trying to be an affable comedy, riveting drama, and in more occasions than I count – make use of some of the most bizarre moments to pull the old double entendre of fanservice. Some of these attributes do have their time and place where they work well, but since there so poorly implemented to begin with, the romantic element is moderately muddled by part drama to zest up the story as Takahiro decides if he wants to try his hand to become a knight again or support one the girls as their begleiter (or aide); while still trying to maintain the upbeat atmosphere by way of some laughs. In the end, it’s an amalgamation of genres that would seem to do well on paper, but in realty clash with each other far too much and really of what it wants to be. 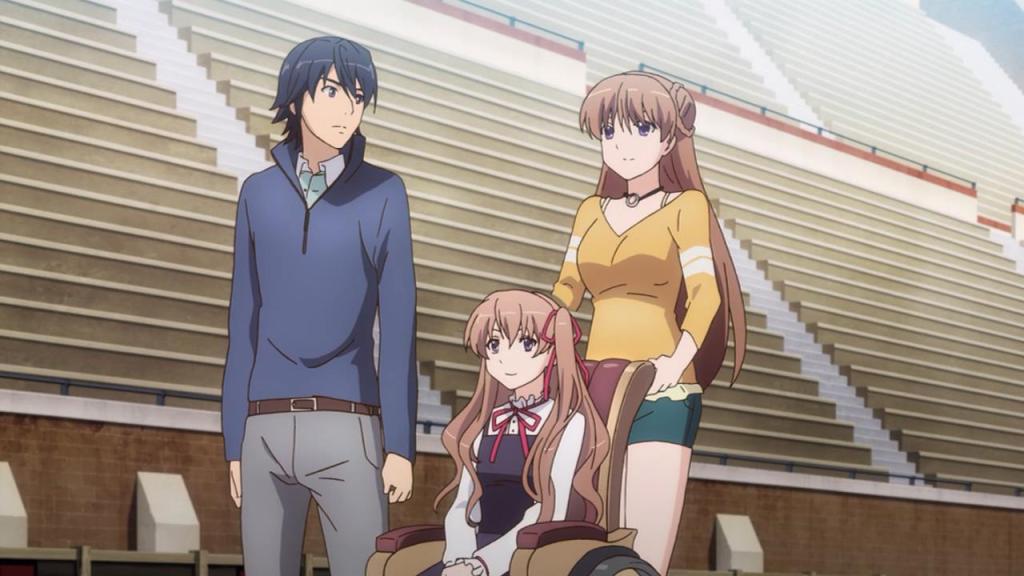 Of course, the narrative – story progression is a hindrance in itself lacking anything of great importance to propel it forward and what divides some the aforementioned elements from working well together. It undeniably does a stellar job of fleshing out some the characters motivations and personalities (such as: Noel Ascot one of my favorites) and provides some pleasurable vignettes for viewer before the main event, but that is almost it. Over the course of 12 episodes, it really doesn’t accomplish much of note other than the show the daily misadventures of the characters as they gear up for annual jousting tournament; while each of the girls do their best to persuade Takahiro to support them. The finale did at least provide some comfort, but was little too late and even contained the occasional cliche that drops down rather anticlimactically 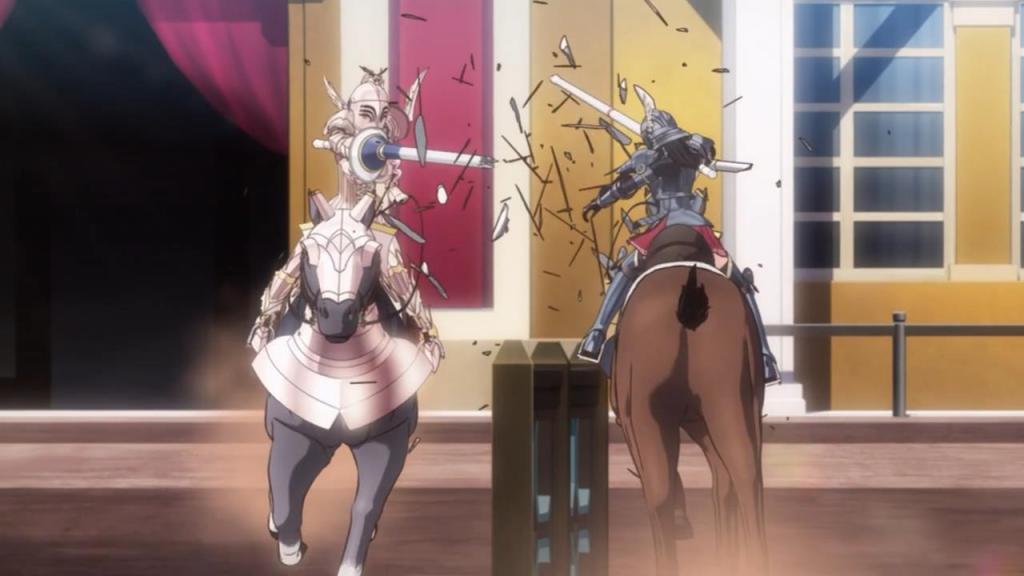 Surprisingly, while soundtrack for the series is great, I never imagined that Ryosuke Nakanishi was the one working it. Much of horn and string pieces do bear similarities to his past repertoire in Highschool DXD tonality wise, but overall, it does seem somewhat more subdued in style despite taking the same orchestral page from his other projects. As average and restrained as it is, there are still a few nice pieces – yet not as great as it could be. With 8-bit already producing two other titles in the same season, I am impressed that the animation and artwork doesn’t suffer from any issues and is quite above average. There is a fair amount of CGI used in the jousting matches (as well as the other titles) to act as a cost guard, but still manages to look visually stunning. However, as far as the detailed orientated approach goes to the European themed design, it is arguably too romanticized and indulgent – but not necessarily a bad thing. 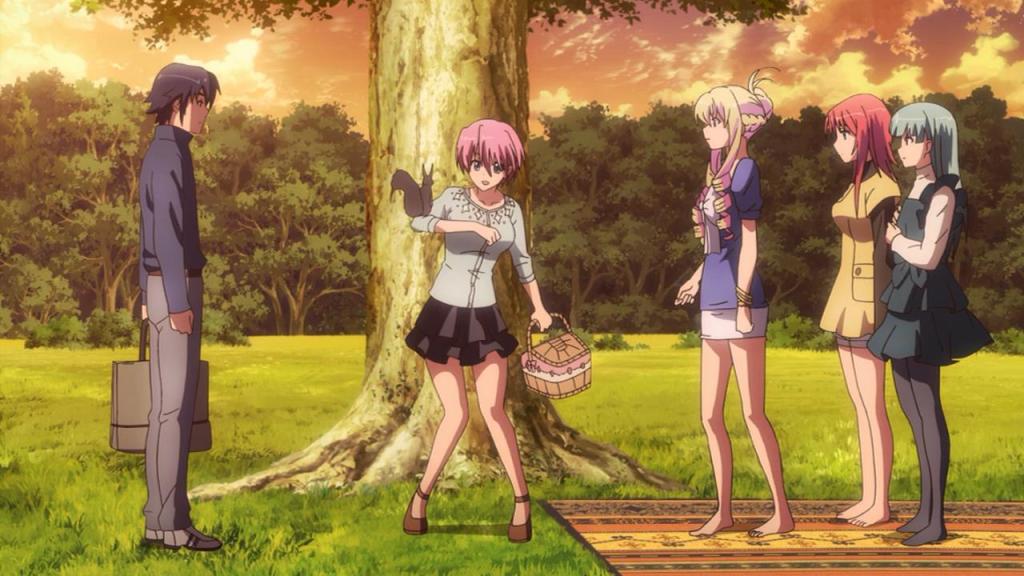 Thankfully, with much of Fall 2013 coming down to a lot of disappointments, Walkure Romanze was a fairly decent title I picked up in hesitation. I can’t exactly recommend it, unless your interested in the parent material by chance, but as far as killing time and giving me something to tide me over until my next venture – it did okay. If you expecting a title jam-packed full of jousting duels and romance – you won’t exactly get that, but a light-hearted series that can kill a few hours if you need them done away with. Can’t guarantee it will be enjoyable, but will get the job done all the same.